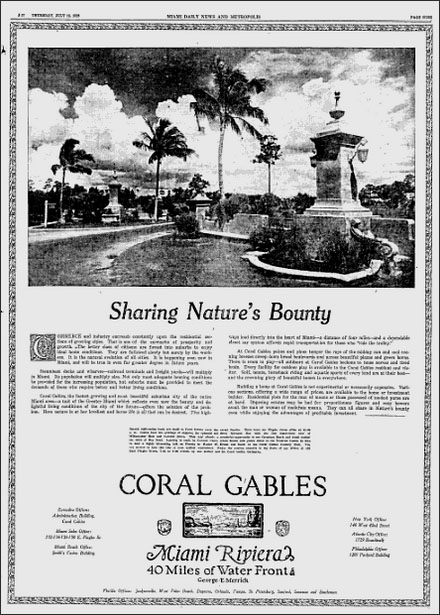 Miami Police get tough on illegal parkers in 1925


Miami police had a rather practical way of enforcing parking regulations before the development of traffic tickets. They simply seized an automobile's front seat and held it at headquarters until the owner redeemed the cushion by payment of a fine.

via The Wolfson Archive:

Marcella Aitken's Italian restaurant in North Miami was a beloved neighborhood dining-out spot for decades. Her garlic rolls were legendary, and Marcella, working her tables and supervising her kitchen, was a Miami icon, made famous by distinctive commercials on local television.

Aitken, who immigrated to the United States from Italy, was a Miami newsmaker, known for raising basil, oregano and tomatoes in her back yard long before the local food movement. In the late 1970s and early 1980s Miami's "pasta queen" branched out, selling frozen Italian meals to Eastern Airlines and other big clients.

Marcella was on her way to becoming "the Italian equivalent of Colonel Sanders" when Eastern folded. And when this WTVJ clip aired in 1989 Marcella was back where she started -- in the kitchen and dining room of the restaurant that bore her name.


Previously: In 1963, the brand-new Miami Herald building was 'a self-contained city with over 1,200 inhabitants' 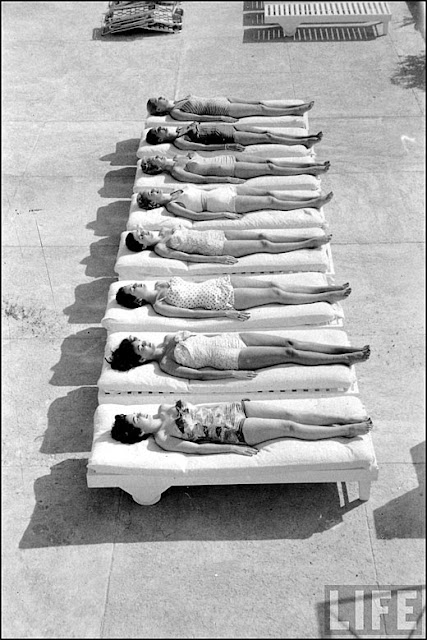 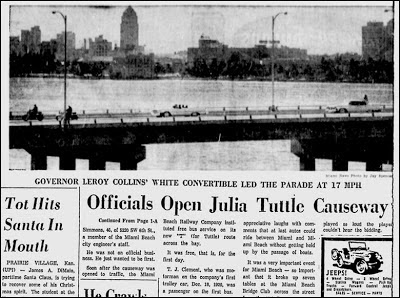 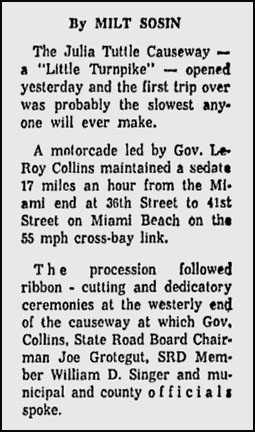 The day before it officially opened, WTVJ anchor Ralph Renick took a
spin on the "Tuttle" in a 1959 Simca Aronde Oceane.

Dining out in Miami and Miami Beach in 1959

1928 newspaper ad for the City of Miami Beach

"Don't return north to colds and illness when you may remain in the healthful sunshine of Miami Beach..."

In 1963, the brand-new Miami Herald building was 'a self-contained city with over 1,200 inhabitants'

Excerpts from a 1963 documentary film produced for the Miami Herald by Miami filmmaker Fred Frink.


Part one: "A self-contained city with over 1200 inhabitants"... including 93 classified ad takers.

Part two: "From these typewriters come stories of the latest fashions for Milady..." (By the way, that's legendary Herald sports writer Ed Pope on the telephone in the opening shot.)