From the Miami Daily News. 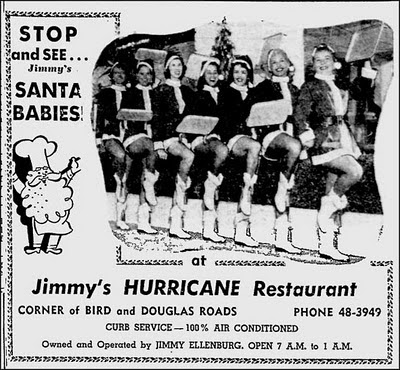 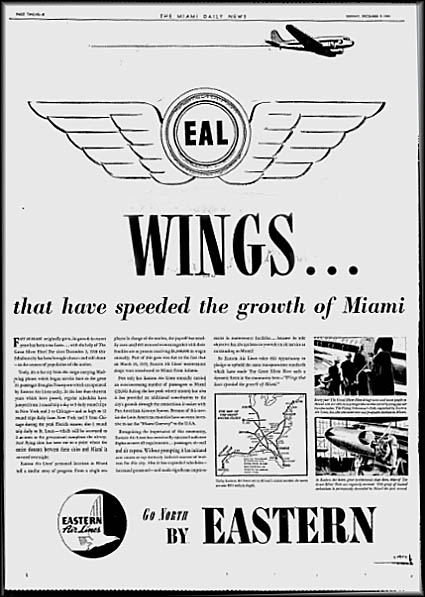 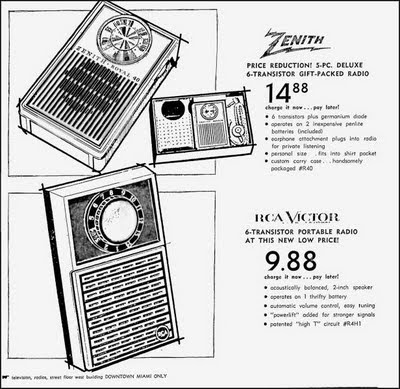 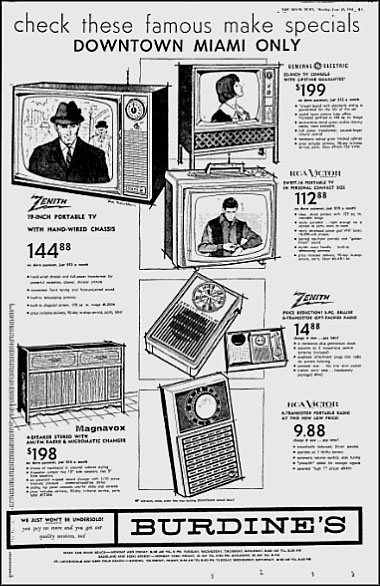 Miami in the Summer of 79: 'Cocaine Cowboy' shootouts and serial killers


Colombian hit man Conrado "El Loco" Valencia Zalgado, racing along the turnpike in his Audi in April 1979, opened fire with his MAC-10 on rival drug runners who were trying to evade him in a Pontiac Grand Prix. After the shootout, authorities found a handcuffed corpse in El Loco's abandoned car.

For the elusive cowboy who calls himself El Loco , the westward trail has ended.

Conrado Valencia Zalgado, a legend in South Florida cocaine corridors, loved his money, loved his women and loved his nickname. He brought all of them to California -- and they did him in.

After three years on the run, "the crazy one" knocked on the door of a girlfriend's apartment 10 days ago and got the barrel of a revolver stuck in his mouth.

Wisely, he chose not to make a fuss.

The gun belonged to a wary Los Angeles County narcotics detective. He knew the reason for Valencia 's notoriety.

It was the summer of 1979 when El Loco allegedly hung from the window of a speeding Audi, firing a .45-caliber submachine gun at another car on Florida's Turnpike extension in South Dade.

But El Loco already was gone. He had plunked down $105,000 cash, checked out of the Dade County Jail with his St. Lazarus pendant and vanished.

His flight only enhanced his reputation as Dade's original cocaine cowboy. Police knew him as brazen and extravagant, a macho master of deception. Valencia 's shadow was seen from New York to Miami, from California to his native Colombia -- but no one caught up with him.

Last year, for example, a SWAT team and drug agents from three police departments surrounded a house in Southwest Dade during a quince, the traditional 15th birthday party for one of Valencia 's daughters. At midnight -- when all glasses were raised in a toast -- police stormed the house.

El Loco was nowhere to be found.

What finally led to his capture 3,000 miles away was a careless mistake by the woman who loved him, a suspicious spillage of $20 bills, two cops with keen memories -- and Valencia 's own boastfulness.

On the streets of Los Angeles, he called himself the one name that cocaine cohorts everywhere knew: El Loco Martel.

"His nickname. That's what did him in," said Metro-Dade detective Al Lopez, who has tracked Valencia over the years.

The Los Angeles investigation began last December, when a family of Colombians suddenly abandoned their rented house, leaving all their furniture and $480,000 in cash. Even in Southern California, this is considered strange behavior.

Weeks later, the fretful landlord called police to report that another group of Colombians wanted to rent the same house. They offered $4,500 cash, all in $20 bills.

That sort of transaction would be accepted in Miami as business-as-usual, but not in Los Angeles. Detective Dick Sloan of the Los Angeles County "narco squad" went to work. He discovered that one Colombian woman had begun renting several homes and apartments in the Los Angeles area -- always with cash.

"If they had just used a checkbook like everybody else, this would never have happened," Lopez mused.

The woman's name was Brenda Valencia . It meant nothing to Sloan. He didn't know she was El Loco 's common-law wife.

Years ago, in Miami, El Loco caught Brenda with another man and shot her in the chest with a .357 magnum.

Apparently, all was forgiven.

When the Los Angeles detectives began following Brenda, she led them to a balding, muscular man with a gold St. Lazarus pendant around his neck.

Conrado Valencia had little trouble making a new life for
himself in California. On Jan. 19, he was issued a drivers license with the name "Salvadore de la Roca." He rented a home near Beverly Hills using the name "Max Valencia ." He got an American Express card and Social Security number 265-67-6912.

When he wasn't zipping down Sunset Strip on his brand-new Honda motorcycle, he was cruising the hills of Topanga Canyon in a red 1948 De Soto convertible. The tag read: "LAXPRES."

"He was acting," Sloan said, "like he was king of the road."

When an undercover cop tailed Valencia into the place, he heard the nickname El Loco spoken in tones of reverence. When Valencia left, the cop reported, the doors were locked for 10 minutes so that no one could follow.

But Sloan's men stayed close. What they saw during some of the stakeouts was downright weird.

For instance, on garbage day, the occupants of three different homes rented by Brenda Valencia would haul their trash bags -- not to the street, but to the house where El Loco stayed. After a brief inspection, the contents would be left on the curb.

The cops, of course, promptly swiped the garbage in search of clues. In one heap they found insurance forms from a traffic accident in Miami. In another they found Brenda's $480 telephone bill. Someone had placed long-distance calls to 31 different numbers in Dade County.

Those weren't the only South Florida connections. Detectives noticed a number of new cars coming and going from El Loco 's houses and apartments. Although the cars had Oregon license plates, a computer printout showed that all had been rented from a National Car agency in Miami, then driven to California.

This supported Sloan's theory that the Colombians were bringing cocaine shipments to Los Angeles from Florida. But he still did not know the real identity, or reputation, of the man with the motorcycle.

On Aug. 11, Sloan decided to call Dade County organized crime detectives with a list of his suspects.

"The only name that rang a bell was Brenda Valencia ," Lopez said. "I told Sloan who she was married to, a crazy bald guy who called himself Loco ."

"I couldn't believe Brenda was using her real name," Lopez said. "Wait till Loco finds out that's what did him in."

Lopez told Sloan that Conrado Valencia was wanted for attempted murder and numerous firearm violations in Dade County. He told him about the dead Colombian who was found in the trunk of the Audi after the Turnpike shootout, and about Valencia 's alleged alliance with reputed "Cocaine Queen" Martha Libia Cardona, a federal fugitive. 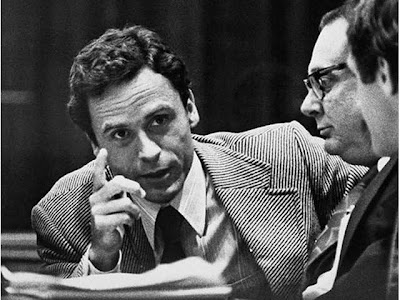 Below are clips from a 1974 WPLG, Channel 10 documentary called "Momma lives on Miami Beach."

It would be six more years before some of the people in this film would be terrorized by a wave of newly-arrived Mariel refugees.

And if any of those seen in the film lived another 10 years, they were probably forced out of their cheap, cramped apartments when investors bought many of South Beach's crumbling art deco buildings and turned them into trendy, boutique hotels.

This Is The Story Of Dade County (Tourism Film) from The305.com on Vimeo.

1952 newspaper ad for the Carib, Miami and Miracle theaters

Newspaper ad for the Carib, Miami and Miracle theaters. 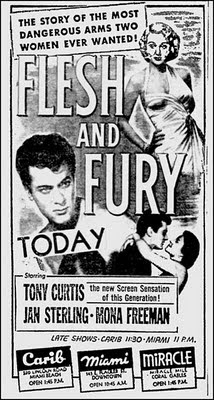 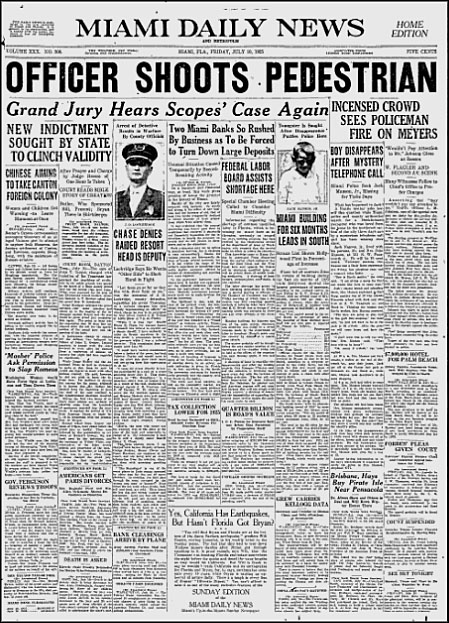 In 1925, at least one Miami cop took a no-nonsense approach to jaywalking in the downtown area.

On a Friday afternoon in July, 1925, Officer L.M. Johnson spotted two men walking against a red light at West Flagler and N.W. 2nd Ave. After they ignored his orders to stop, he fired four shots, two into the ground and two in the air. One of the bullets struck an innocent passerby.

Johnson retreated to the police station, followed by an angry mob of witnesses to the shooting, anxious to press charges. 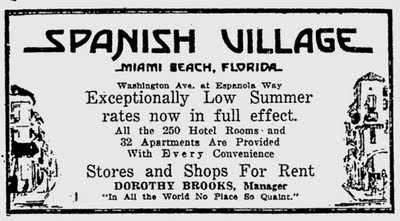 Back in 1927, the Coral Gables Country Golf and Country Club decided to give "dancers with a wardrobe a chance."

Said the club's managing director Fred E. Mann, "Not that we are opposed to dancers au naturelle, but we believe the patrons of the club have had sufficient of the terpsichorean endeavors of the young women who eschew clothing in their act." 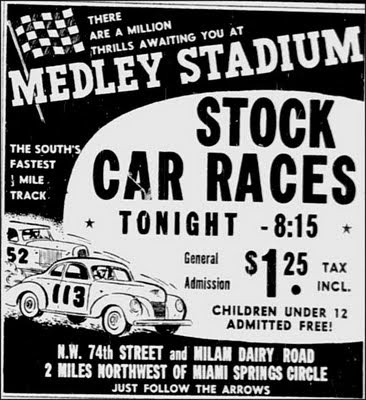 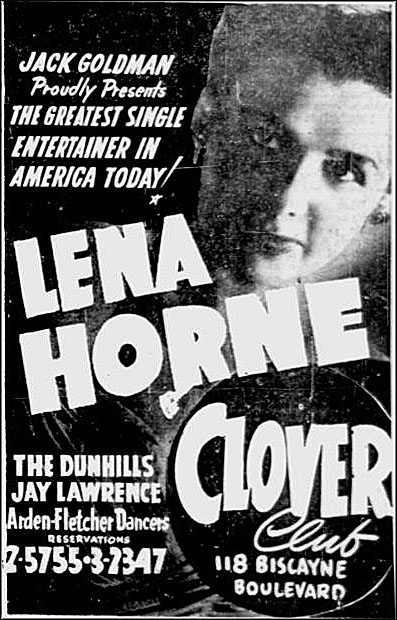 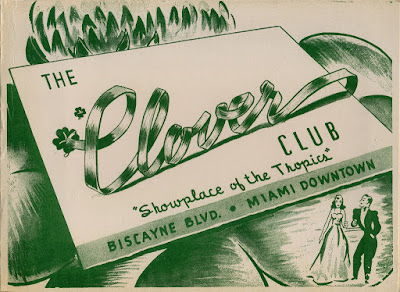 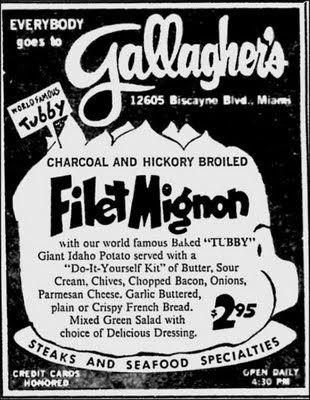 The way we were

The arresting cop told a judge the kid was "running up the aisles and getting everybody more excited than they already were."

The way we were

Miami post office decides they need signs in both English and Spanish. 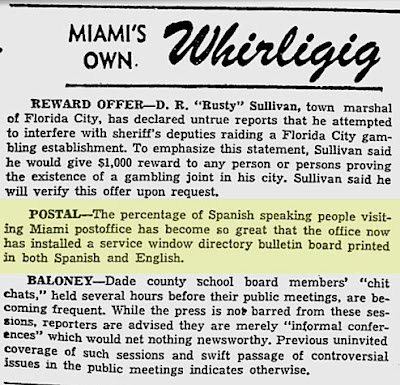 For Elvis fans only

"The blues had a baby and they named it rock and roll."-Muddy Waters

For more than 25 years the photograph haunted me.

From the time I first saw it on a desk in the photo department of the Miami News, I sensed there was something special about it.

Shot in the days following the birth of a musical genre called rock 'n roll, it is, quite simply, the single greatest image ever made of a rising young star named Elvis Presley.

It was shot by the great Miami News photographer Charles Trainor, Sr. during one of seven concerts Presley gave in Miami over a two day period in August, 1956. 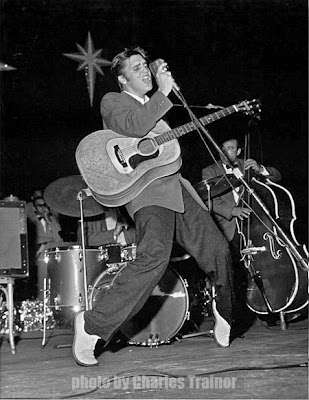 But, for a long time, that was all I knew about the image.

Over the years I kept seeing the photo in magazines.

Every time LIFE magazine or Rolling Stone did a special on Elvis or The Fifties or the history of Rock and Roll, that picture ended up being used...usually on the cover. 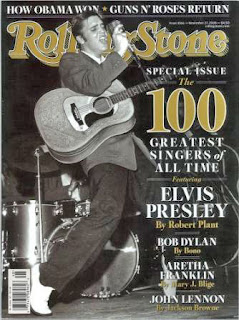 After old issues of the Miami News became available on Google, I was able to search and find the paper that carried stories of Presley's two days in Miami.

Trainor passed away in 1987, but with a little old-fashioned shoe leather, I tracked down and interviewed another former Miami News photographer named Don Wright who covered the concert with Trainor. At the time Wright was an up and coming shooter who went on to become a two-time Pulitzer Prize winning editorial cartoonist at the paper.

Armed with a treasure trove of new information, last summer I wrote a story about Presley's August, 1956 concerts at the Olympia Theatre in downtown Miami.

Trainor's son, Charles Jr., followed in his father's footsteps and now works as a photographer at the Miami Herald.

After his father's death, he was able to salvage some of his dad's favorite negatives.

After my story was posted, he promised me would send me a print of the Elvis photo.

It's been so long since I've seen a real black and white print with dazzling whites, rich, velvety blacks and silky mid-tones that I'd almost forgotten how beautiful one can be.

I called Charlie to thank him.

I asked him if he still gets requests for copies of the Elvis print and he said most definitely. He said he fills an occasional request for fine art collectors.

He said another one of his father's most requested prints is that of Cassius Clay clowning around with the Beatles in Feb. 1964 at the Fifth Street Gym. 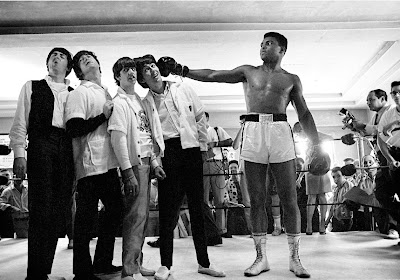 I reminded him that next August is the 55th anniversary of Presley's Miami concert and that perhaps there are some who might like to give one of the prints as a gift.

Charlie assured me that he has copies to mail out.

So, if any Miami Archives readers are interested, just shoot me an email and I'll forward it to Charlie. Click on my email link at the upper right hand corner of this blog. 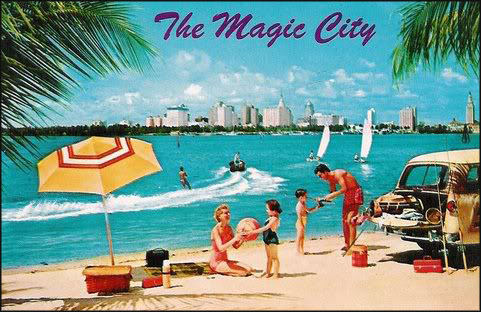 Ten years ago, Miami herpetologist Joe Wasilewski was working with a documentary film crew on a piece about 90 year-old Bill Haast, the legendary former owner of Miami Serpentarium.

Wasilewski recalls that a member of the crew asked Haast - who has been bitten by poisonous snakes at least 173 times - if he thought that snake venom prolonged life. "Ask me when I'm 100," Haast replied dryly.

In Aug. 2006, when Haast was 95, Miami Herald reporter Luisa Yanez wrote that the "Miami Snakeman" was still injecting himself with snake venom. Yanez quoted Haast as saying: ''I could become a poster boy for the benefits of venom. If I live to be 100 I'll really make the point.''

Over the years, Miami newspapers have chronicled Haast's frequent brushes with death.

In Feb. 1949, the Miami Daily News reported that Haast, then 38, had been bitten by a Mexican water moccasin.