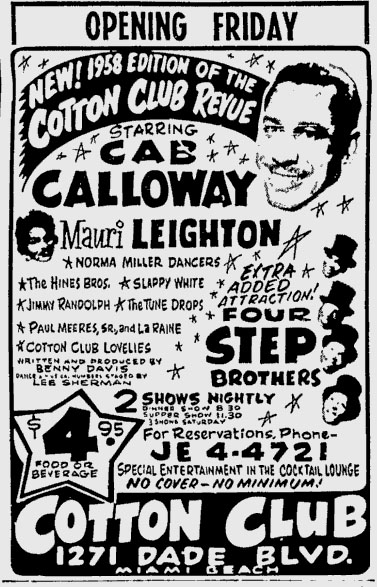 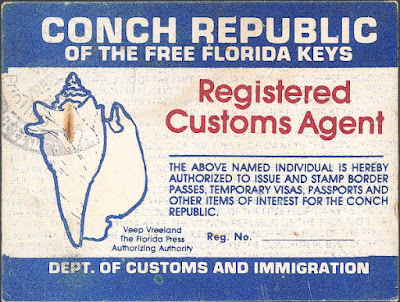 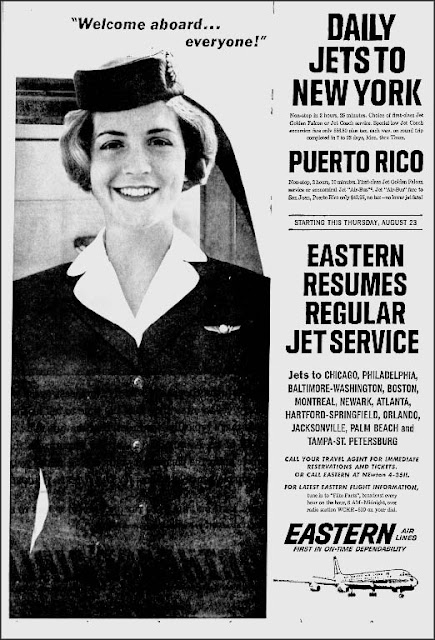 Ad for the "Derby Daiquiri," the "Official  Drink of the Florida Derby." 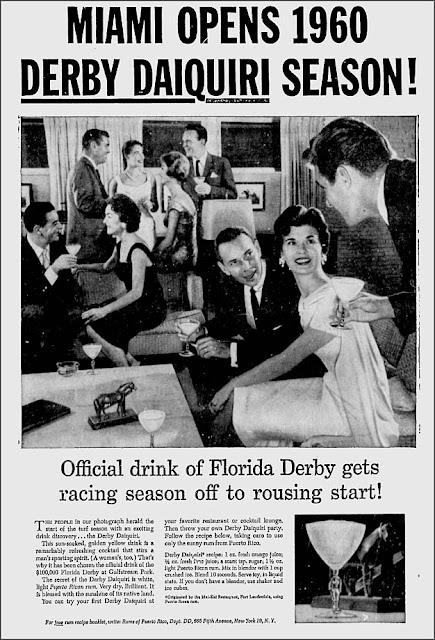 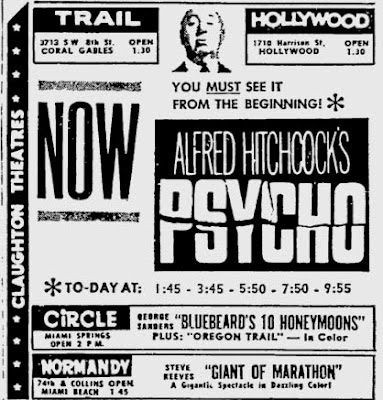 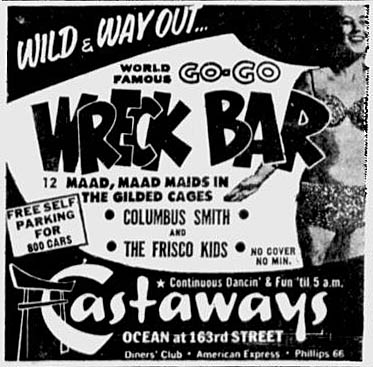 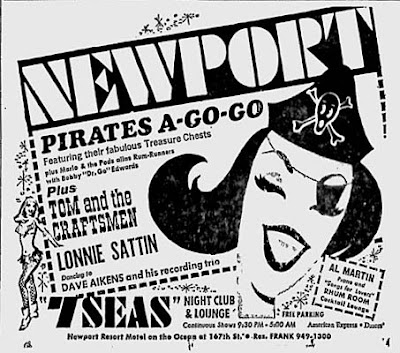 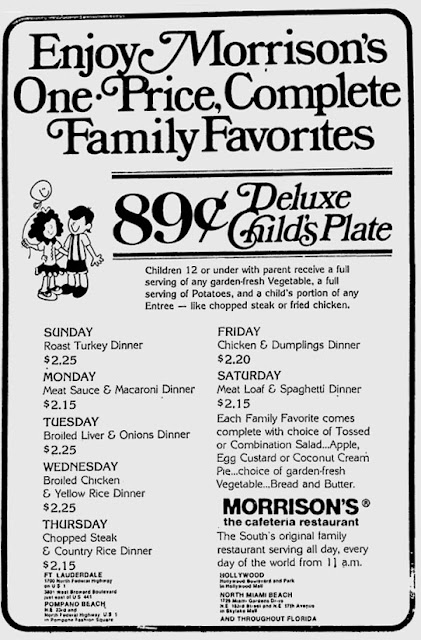 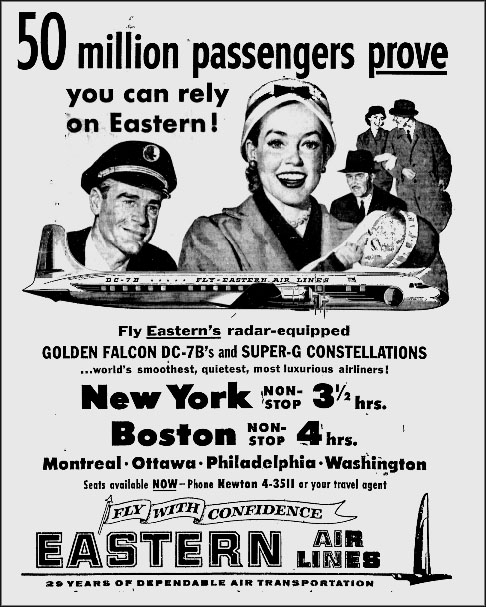 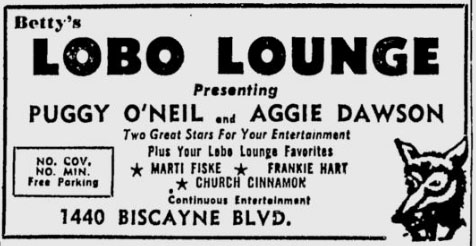 You know you grew up in Old Miami if you remember... 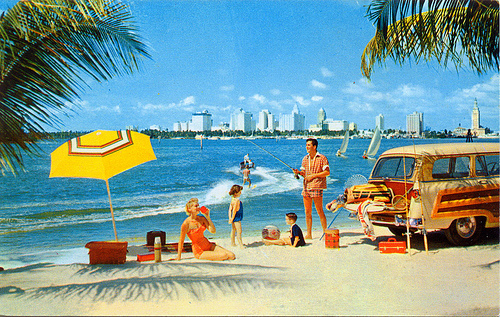 When the Dade County Courthouse was the tallest building in Miami

SW 36th Ave. and 8th Street before the Versailles Restaurant was there (anyone remember what was?)

Making out at Sewer Beach

When US1 was only two lanes

When the people on South Beach were older than the buildings

The Jackie Gleason show with the June Taylor dancers

When there was a grocery store in Dadeland Mall

When the Rusty Pelican burned down

The Tropicaire Drive-In and swap meet 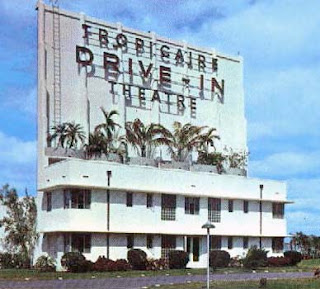 The Ferris wheel atop Burdines downtown

When the Rickenbacker was a drawbridge (only 25 cents)

Getting stuck for hours at a time on the Rickenbacker!

The Skipper Chuck Show and the Sunday Funnies

Johnny and Mack by the railroad track

Sheehan Buick on 8th Street ... when it was called 8th Street 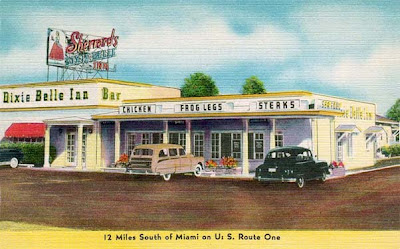 Holsum Bakery's wonderful smell of bread baking on US1

When Dadeland was an open-air mall

When Tamiami airport was on the Tamiami Trail

Lums and their frozen schooners and wieners in beer

The English Pub and Jamaican Inn on Key Biscayne

Tropical Park when it was a racetrack

South Miami Hospital when it was only one building.

When they built Baptist hospital

When everyone thought the turnpike extension was built too far out

When Coconut Grove was a hippie hangout

The diving board and dock at Matheson Hammock pond

Bill Haast and the Serpentarium 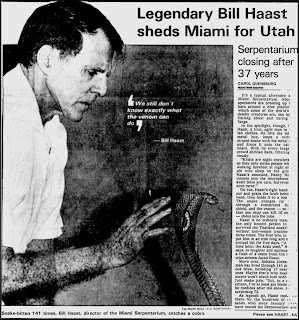 Concerts at the Miami Marine Stadium

The Round Table restaurant on US1 near UM

"Yes, We Have No Bananas"

Bus riding all over the county with paper transfers getting punched

The black beach on Virginia Key 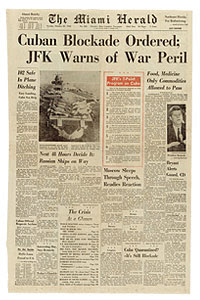 Chalk Airlines and Goodyear Blimp base on Watson Island

The caves at Venetian Pool

Absolutely nothing west of the airport until Doral

The huge Christmas display at the Holsum Bakery on US1

The television set in the park across the street from Robert's Drug store on 8th Ave. and Flagler street

HistoryMiami.com: Vivid memories of Miami in the early 60s 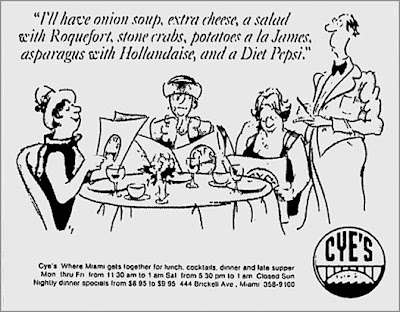 A complete charcoal broiled steak dinner with Key lime pie for dessert:  "All for only $1.35." 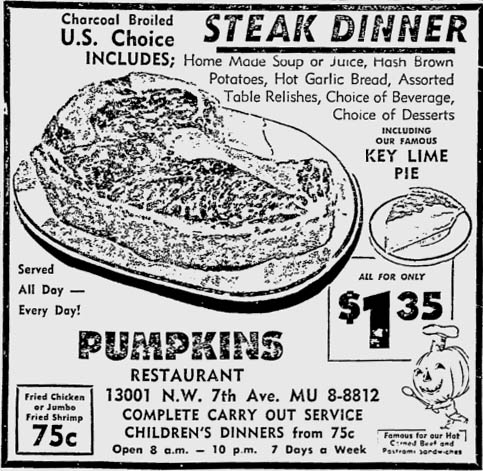 Ads for the Deauville Star Theatre and Playboy Club - 1974

Ads for the Deauville Star Theatre featuring Gladys Knight and the Pips...

and the Playboy Club featuring Tony Orlando and Dawn. 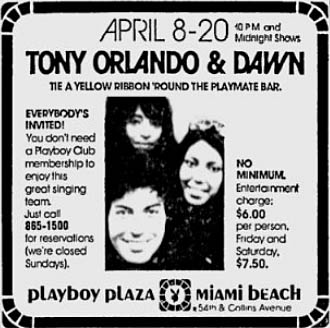 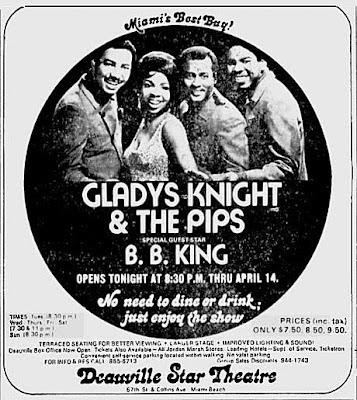 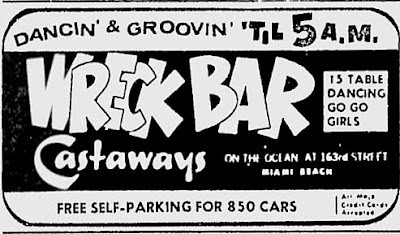 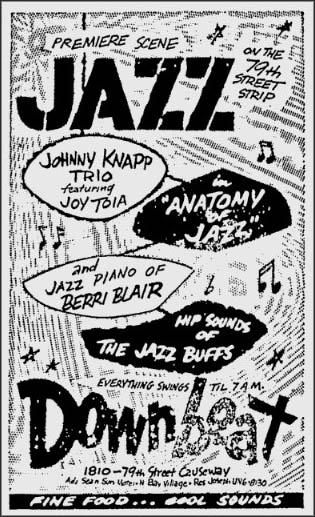 Eastern wanted to show the flying public that maintenance operations had not been affected.

They set up a photo op that allowed the press photograph Eastern supervisors and non-union employees changing a tire. Photographers turned out in force.

Less than two years later, Eastern went out of business.