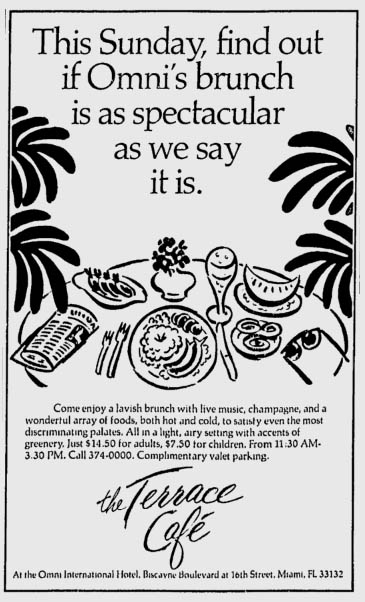 Miami police chief gets tough on speeders in 1912

"No more speeding on the highways in the city of Miami," said the chief.

According to a story in the Aug. 10, 1912 issue of the Miami Daily Metropolis,  the police chief told his officers to arrest any violator "whether white or black, rich or poor.

"Further," the paper reported, "it will make no difference whether the person afflicted with the speed mania rides a second hand bicycle or whether he propels a 40-horsepower $5,000 touring car..." 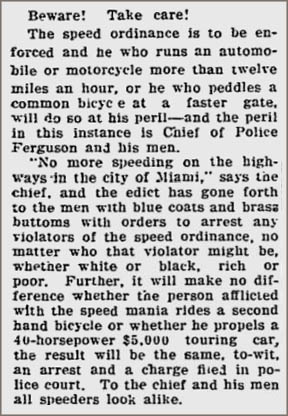 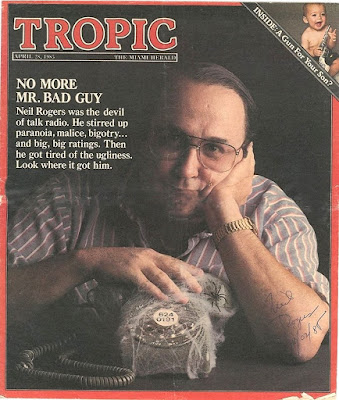 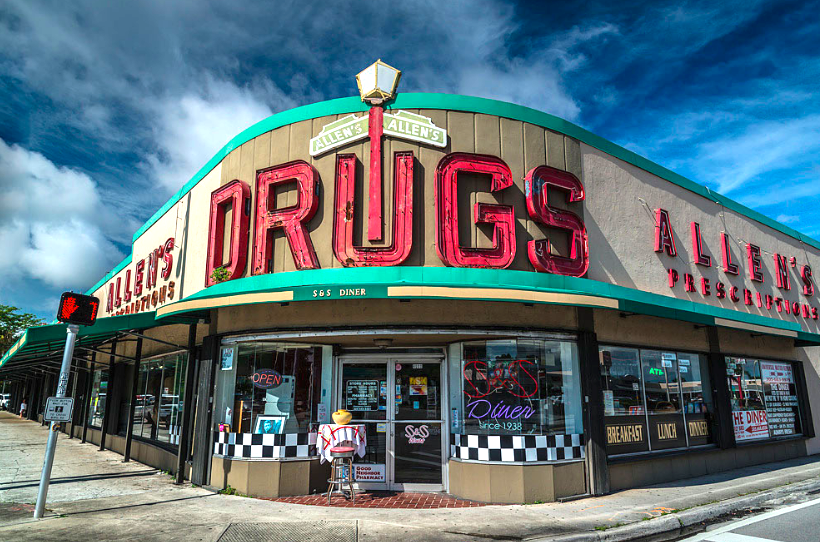