Ad for 'Romantic Overnight Cruise to Havana' - $42 Round trip 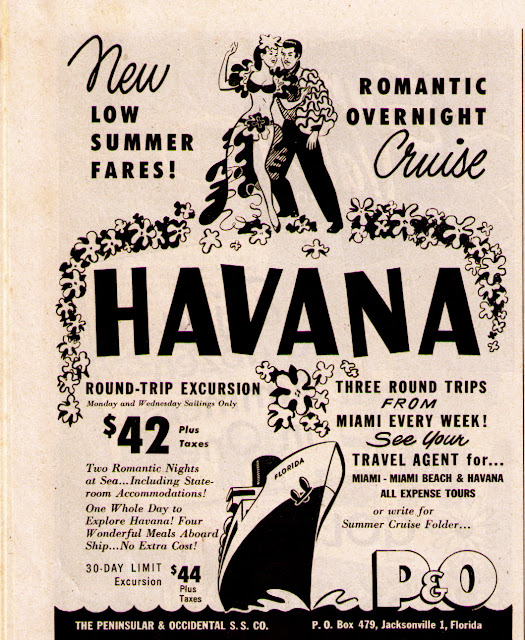 Florida’s Peninsular and Occidental Steamship Company was a pioneer in today’s billion-dollar Florida cruise business. Until Castro’s regime closed Cuba to cruise ships in 1960, the SS FLORIDA was sailing three times a week from Miami. The SS FLORIDA had first sailed from Key West to Cuba until the 1934 devastating hurricane destroyed the terminal and rail connections to Miami. Built in New Port News, Virginia, in 1931, the SS FLORIDA accommodated 612 passengers in first class and 130 in second class. After World War 2 the overnight ship was turned into a one class liner.

Cracking down on jaywalking in Miami Beach -1970

Miami Beach police officer Frank Marzullo - the "Dirty Harry of the Crosswalks" - is nabbing jaywalkers and issuing $3 tickets like he's handing out candy at a kid's birthday party. And just about everybody gets a ticket on this day. At 6:16 in the first video, Marzullo tells one elderly lawbreaker, "It's better to be late for an appointment than to be on time in heaven."

On hand to record the action is a crew from a kinder, gentler Channel 7, including reporter George Skinnner, who was surely a contender that year for "Mr. Congeniality." 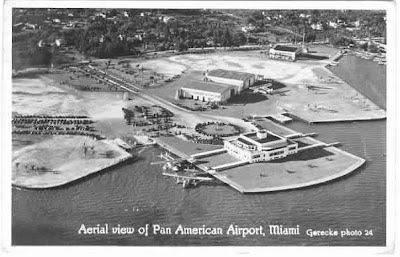 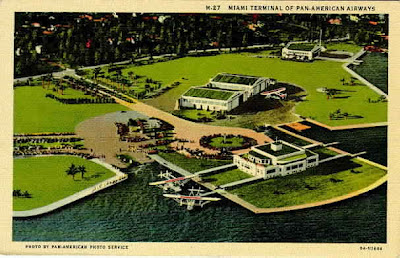 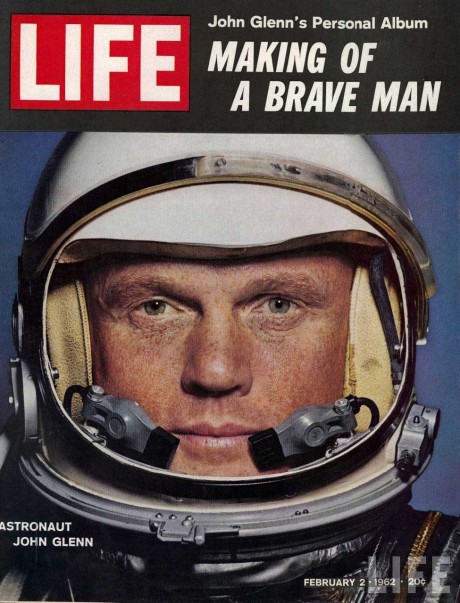 Newspaper ad for Eveready Sales and Service on Miami Beach. 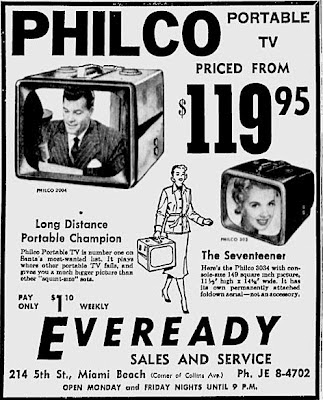 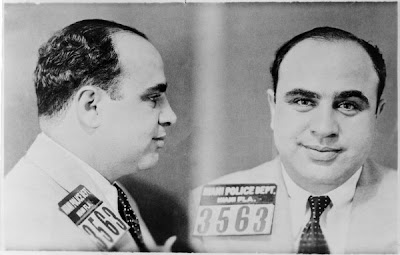 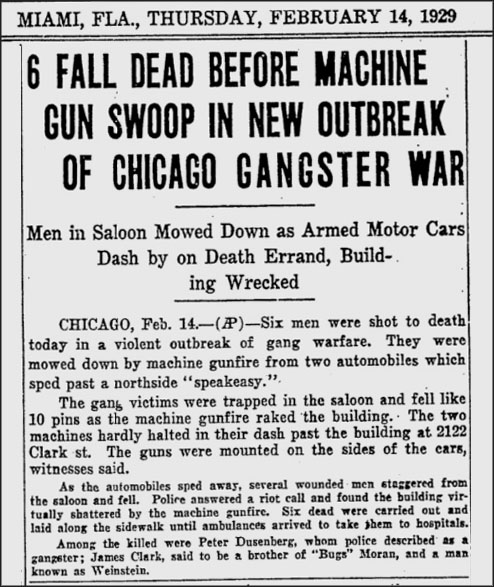 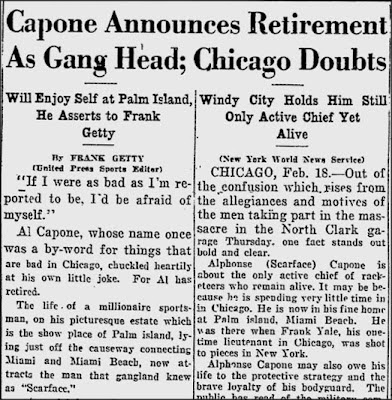 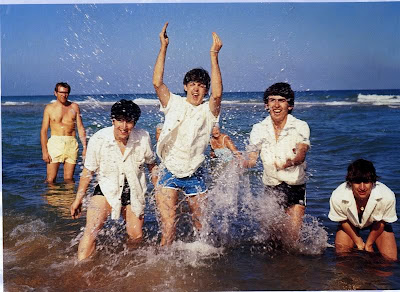 They stop by the 5th Street Gym a few days later to clown around with Cassius Clay.


John Loengard tells the story of this famous photograph (above) in his book, "As I See It": "Four high school kids, the kind with fuzzy chins, on their first trip to America, arrived in Florida during a cold snap. We could not find a heated pool that could be closed off from the rest of the press, so we settled for one that was not. The kids’ manager told them the cover of LIFE magazine was important and to get in the water. They did. I asked them to sing. They sang, each in his own way. They started turning blue. I said that was it. If the pool had been heated, I’d have a longer story to tell." This image appeared in LIFE magazine: February 28, 1964. This black and white print is processed from a negative created from the orignal color transparency.


The Beatles' second Ed Sullivan Show, 8.00pm, Sunday 16 February 1964. One week after their record-breaking debut on The Ed Sullivan Show, The Beatles made their second live appearance. A rehearsal took place at 2pm, which was filmed but not broadcast. The performance took place at The Beatles' Miami hotel, the Deauville, from 8pm-9pm, in front of an audience of 2,600. CBS had given out 3,500, and police had to calm angry ticket holders who were denied entry. 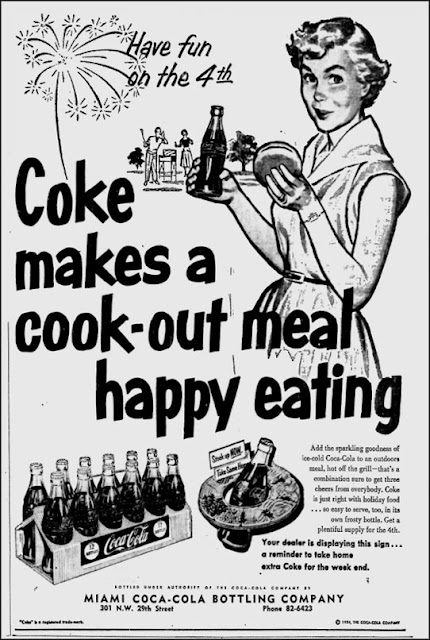 Ad for National Airlines to Havana - 1954

Ad for the King Orange Jamboree Parade on WTVJ - 1953 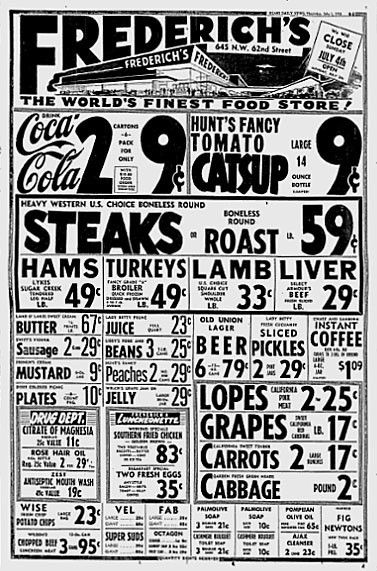 Miami postcard - "Sand in my Shoes" 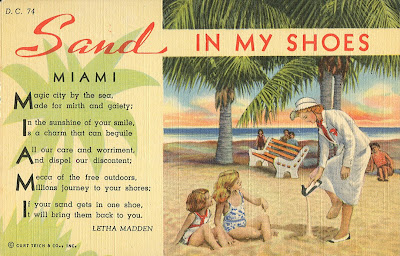 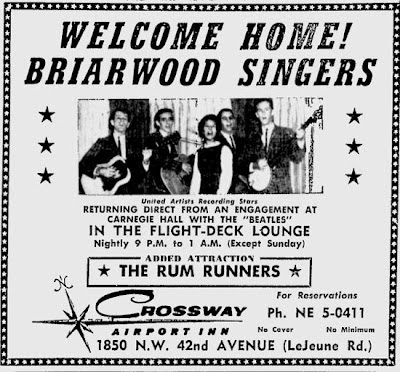 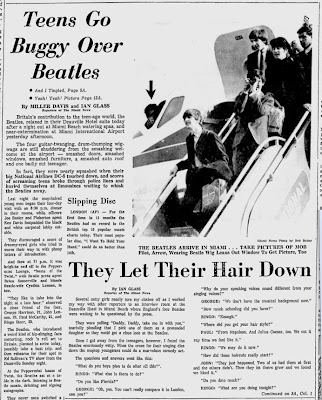 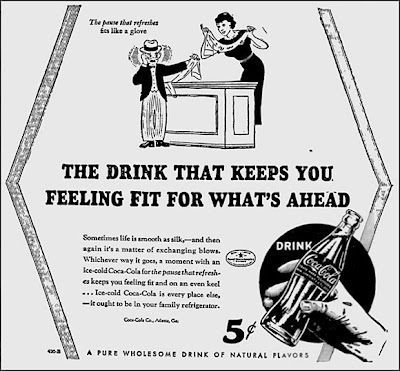 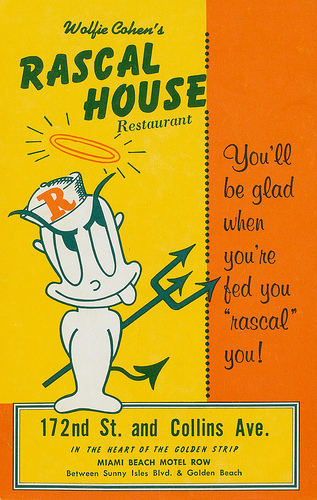